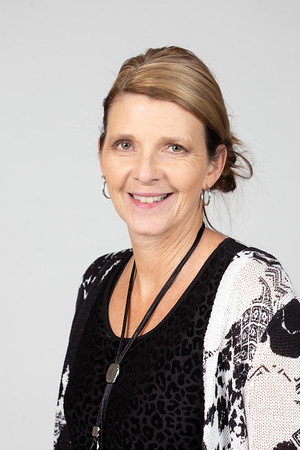 When I read the email declaring that I had been chosen as a Presidential Award winner, I burst into tears. I was overwhelmed with excitement to be the first teacher from my district to receive this prestigious recognition. I am truly honored to represent my rural Southwest Missouri community on this distinctive national stage. Receiving this award validates the efforts I have made to create a stimulating learning environment that allows my first graders to develop a true love for science.

Shelley Paul has been teaching for 29 years at Anderson Elementary School. For the first six years of her career, she was a kindergarten and first grade Chapter 1 Basic Skills teacher. The remainder of her employment has been as a first-grade classroom teacher teaching all subjects. At the building level, Shelley has been recognized twice as Teacher of the Year and Golden Apple Teacher. In 2005, she was named district Teacher of the Year. She has twice received the Celebration of Schools Outstanding Achievement award at the regional level. Through hands-on investigations, Shelley creates a multi-curricular environment to empower her first graders to achieve optimal learning. Shelley has served as building lead science teacher for 15 years. As a seasoned master teacher, Shelley has coached, mentored, and supervised many college interns, student teachers, and new district staff. She has also trained science teachers at the building, district, and regional levels. To spark enthusiasm for science in her building, she created and implemented the annual Science Night Expo. She has been known to portray her alter ego, Dr. Alex J. Einstein to promote interest in science. Shelley earned a B.S., summa cum laude, and a M.S. in elementary education, both from Missouri State University. Her certification is early childhood through eighth grade elementary education.