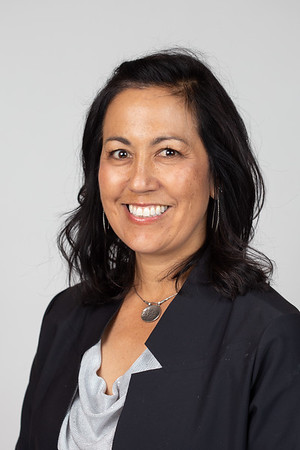 It is a real honor to be chosen as a Presidential Award winner. It is very exciting to know that there are people who truly understand and value the importance of science education in our schools!

Suzette "Suzi" Champagne is in her 25th year of teaching. She has taught multiple grade levels and has worked for several years as an English as a second language teacher. She previously taught at Smithridge Elementary for one year, Roosevelt Elementary for three years, and Donner Springs Elementary for 14. She currently teaches all third grade subjects at Jessie Beck Elementary School, where she has been since 2013. Suzi is a true member of the Jessie Beck community - she went there as a student and her children were educated there. Suzette’s classroom has raised crayfish and Madagascar hissing cockroaches; students take nature hikes to explore the local environment and native animals; and her students utilize portable digital microscopes on field trips to investigate interesting phenomena. Suzi has taught science classes to her fellow educators and worked to develop science curriculum for her district. She has been the lead organizer for science nights and science fairs at her schools. Suzi has science education in her blood, as she was raised by two university science professors. For Suzi, there is nothing better than seeing the looks of wonder in her students' eyes when they learn something new about the world around them. Suzi earned a B.A. in sociology from Willamette University and a M.Ed. from the University of Nevada. She has been Nationally Board Certified since 2009.