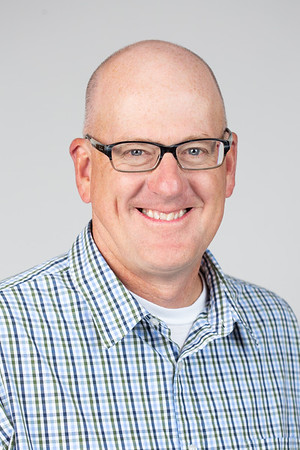 I am truly honored and humbled to receive the Presidential Award. I am honored to represent colleagues past and present who work so hard to educate our youth. I am humbled to be mentioned alongside many of my teaching idols who have paved my path with outstanding teaching ideas, innovative strategies, and unending support. Most of all, I feel very fortunate to be able to teach exceptional students who year after year never cease to amaze me with their talents and their eagerness to learn.

Robert "Rob" Spencer has taught at T.L. Hanna High School for the past eight years. He presently teaches Advanced Placement, Honors, and College Prep Physics as well as Physical Science. He previously taught in Indiana for 20 years at Bedford-North Lawrence High School and West Lafayette Jr/Sr High School. Rob was an associate teacher at QuarkNet-Indiana University where students from participating schools built a muon detector from scratch. He also participated as an associate teacher at QuarkNet-Purdue University, where students interpreted data from FermiLab and CERN. Rob has gleaned many strategies from physics education research in order to strengthen his classroom instruction- including Modeling Physics, a guided inquiry approach shown to improve student learning through the development and deployment of physics models. He has been a workshop leader for Modeling Instruction having co-led workshops in Indiana and Georgia. Rob has been active in American Association of Physics Teachers’ sections in Indiana and South Carolina--serving in leadership roles and presenting talks. Rob earned a B.S. in physics from Western Kentucky University and a M.S. in physics from Indiana University. He is certified to teach physics, mathematics, and middle level mathematics. Rob has endorsements in AP-Physics: Mechanics, AP-Physics: Electricity and Magnetism, and Gifted and Talented.