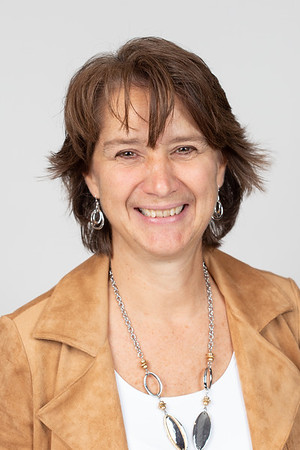 When the bell rings and class begins, my sole focus is to engage my students with lessons designed to facilitate understanding and inspire wonder. This award is so meaningful to me because it affirms that my work has been recognized beyond the walls of my classroom. Several colleagues are past presidential awardees and they have set the standard for great teaching. Their example, along with this Presidential Award, renews my commitment to bring nothing less than my very best to class each day.

Diane Pintavalle has been an educator since 1989 and has spent her entire career at Glastonbury High School where she has primarily taught 10-12th-grade Advanced Research Mentorship and Advanced Placement Biology. To enable her students to conduct authentic research with practicing scientists, Diane developed a network of mentors from local universities and industry. She is a force in the development of our nation’s future scientists and has established a well attended, annual STEMposium where students showcase their research. In biology classes, Diane inspires students to appreciate the beauty and complexity of living systems. She is proud of her ability to facilitate a deep understanding of science which is critical in the development of scientifically literate citizens. With the adoption of the Next Generation Science Standards, Diane leads the committee charged with revising curriculum to reflect three-dimensional learning. She serves on the executive committee for the Connecticut Junior Science and Humanities Symposium and has participated in the National Science Foundation-funded Joules Fellowship to learn engineering principles. Diane earned a B.S.Ed. and a M.S.Ed. in biology from Central Connecticut State University as well as a M.A. in liberal studies from Wesleyan University. She holds certifications in biology and general science for grades 7-12.