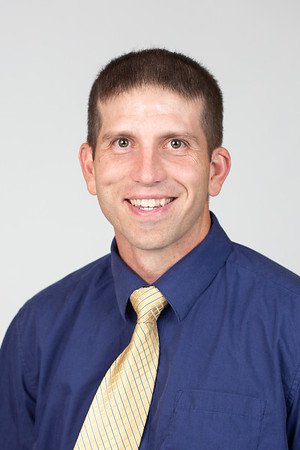 Receiving the Presidential Award is a truly humbling honor. It means my students are showing true growth and understanding of mathematics as a result of being in my classroom. This award represents the hard work of both my students and myself and displays my personal growth as an educator. I tell my students that my job is not to simply teach you mathematics. Instead, we are here to work together to grow our knowledge of mathematics and how we can apply it to the world around us.

Craig Mason has been an educator and football coach for nearly ten years and has spent the last two years teaching ninth-grade Algebra I and 12th-grade College Algebra at Magnolia High School. Previously, he taught mathematics at Morgantown High School, Paden City High School, and New Martinsville School. Craig focuses his teaching on building his students' conceptual understanding of mathematics through solving application problems and real-life task scenarios. Craig's background as a civil engineer has brought a real-world perception of mathematics into the classroom. He strives to have his students present their mathematical knowledge as if they were actual engineers, doctors, carpenters, business owners, or any other profession. His creativity within the classroom has allowed his students to cultivate a true understanding of mathematics and how it is applied to the real world. Craig is also a local trainer for the Mathematics Design Collaborative (MDC) program through the Southern Regional Education Board, and his classroom was featured in its recent publication entitled "Making Math Matter." Craig earned a B.S. and a M.S. in civil engineering and an M.A. in secondary education (mathematics) from West Virginia University. He is certified to teach mathematics for middle and high school and also teaches College Algebra through West Virginia Northern Community College.