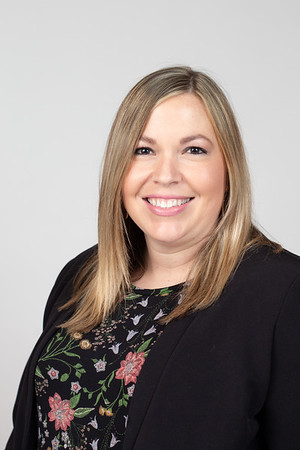 The Presidential Award represents the passion I have for science education in the state of Oklahoma and beyond. It is vital for students to get the chance to make sense of the world around them which is why science education is so important. It is an honor to be considered for this award because my goal has always been to impact my students in a positive way like my teachers have done for me. I have always challenged my students to dream big and work hard to reach their goals.

Megan Cannon has been in education for eight years. Since 2017, she has served as the Director of Science and Engineering Education for the Oklahoma State Department of Education. Prior to her current position, she taught STEM classes at Sapulpa Middle School for two years. She has also taught at Freedom Elementary School and Jefferson Heights Elementary School. Megan's passion for science extended throughout Sapulpa Public Schools as she was instrumental in bringing the elementary district science fair back to the district. In her final years in Sapulpa, she helped transition the science fair into an inventor's showcase which allowed students to design a solution to a real-world problem. Megan also served as the Co-Director of a summer STEM program for students in pre-kindergarten through sixth-grade at Sapulpa. She designed a program that allowed students to spend eight weeks applying their knowledge of mathematics and science to real-world STEM problems. Megan served on several science committees in her district, region and at the national level. As a teacher, she presented on multiple innovative science initiatives at several conferences around her state. Megan earned a B.A. in elementary education and a M.Ed. in science education from Northeastern State University. She is certified in elementary education.