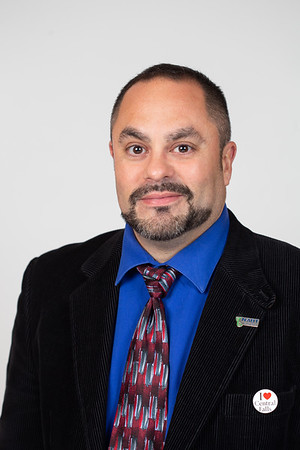 The Presidential Award is a recognition that science education has the potential to improve the lives of students and our community. A scientifically-literate citizenry creates a better society, where the only intellectual currency is data and ideas that can be evaluated and rejected when disproven. We empower our students by teaching them to explore and question the world using the methods of science. Science is dynamic and, as such, our students have the potential to contribute and improve it.

David Upegui is a Latino immigrant who found his way out of poverty through science. He has been a teacher for 10 years, spending nine of those years at his alma mater, Central Falls High School. Previously, he taught for one year at Blackstone Academy. David currently teaches 11th and 12th-grade Advanced Placement (AP) Biology and Anatomy. His personal philosophy and inclusive approach to science education has enabled students to become problem-solvers and innovative thinkers. He has a keen ability to engage students in learning, exploring, and contributing to science. He coordinates visitors to his classroom, including professors from Brown University, Providence College, and others. David started the school's Science Olympiad team, which has earned several medals, including gold in the anatomy & physiology event. In addition, David often serves as a coach and mentor to teacher candidates and teachers from around the state. He has contributed to many publications on science education and appropriate pedagogy, as well as written questions for the College Board. David has presented sessions on science education, evolutionary theory, and social justice in several conferences. David earned a B.A. in biology and psychology from Rhode Island College and a M.A. in psychobiology. He is certified in biology and general sciences.

Know a great teacher like David Upegui? Nominate them for PAEMST!