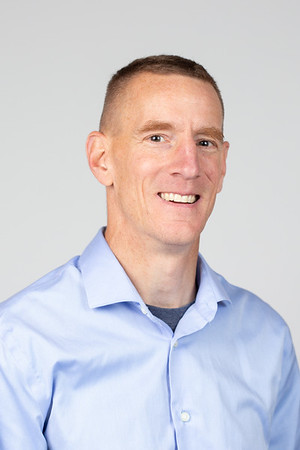 I am humbled to be placed among the amazing educators who have been honored with the Presidential Award. Planning lessons, grading papers, and running classes can be exhausting but opening students up to the wonders of science and grow into independent learners makes it all worthwhile. Winning this award motivates me to continue pushing to improve science education for students within my classroom and beyond.

Aaron Osowiecki joined the staff at Boston Latin School in 1999 after four years as a U.S. Naval officer. Since then he has taught a variety of levels of physics and environmental science. He currently teaches 10-12th-grade Physics 1 and 11-12th-grade Advanced Placement Physics Electricity and Magnetism. His efforts spearheaded a philosophical shift to student-centered classrooms within the Boston Latin School science department. Intent on building a classroom where students “do physics,” Aaron led the development of Energizing Physics, a progressive physics curriculum used at Boston Latin School and other schools throughout the country. In 2011, Aaron coordinated the use of Energizing Physics in schools near Boston, MA, and Portland, OR with support of the National Science Foundation. Reaching beyond the walls of Boston Latin School, Aaron runs workshops at regional and national conferences. He has taught physics and engineering to in-service teachers at Jackson State University in Jackson, MS and has also taught a lesson planning course to Boston area teachers. Aaron earned a B.S. in mechanical engineering from the University of Connecticut and a M.Ed. in science education from the University of Massachusetts Lowell. He attained National Board Certification in 2011 and received the 2016 Shell Science Teaching Award. He is certified to teach secondary physics.