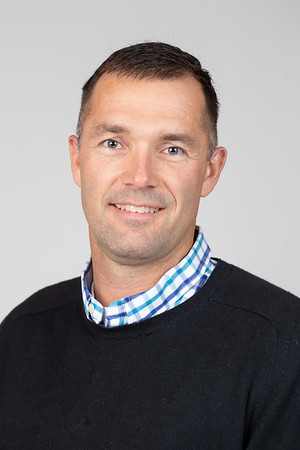 The Presidential Award is a big testament to the work I have done and the work I will do in the future to shape education in Idaho and the world. This award empowers me to be an agent of innovation in education. I will harness the momentum of this award to influence local education policy, practices, and expectations. Education has enriched my life greatly, and this award helps me leverage my teaching gifts to pay that enrichment forward to succeeding generations.

Sean Boston teaches Physics and Advanced Placement Physics (1 and C) to 10-12th- graders at Timberline High School. He began at Timberline in the fall of 2018 after returning from a year-long fellowship creating Khan Academy’s AP Physics 1 course. He previously taught at Capital High School for seven years. Sean is committed to building student interest in science. While at Capital, student enrollment in physics and computer science courses rose from 59 to 183 students. Two big accomplishments during this time were starting both the school’s first calculus-based physics class and first computer science course. Sean has a passion for opening doors of opportunity to students. He recommended two Millennium Gates Scholars; matched students with research internships at Boise State University; helped students accept U.S. Military Academy appointments; and most recently, helped a student win a NASA internship. Sean is a mentor for the Idaho Science and Aerospace Scholars program that partners with NASA to inspire student interest in science careers. He has been a leader in the IdoCode program of Boise State University to advance computer science education within Idaho. Sean earned a B.S. in mechanical engineering from the University of Idaho and a M.A. in science education from Western Governors University. He is certified in secondary science and mathematics education.