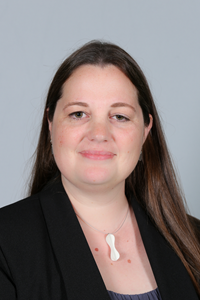 The Presidential Award is an honor that celebrates the craft of the educator, one who can teach students to think critically, creatively, and to build awareness that they are capable of wrestling with and solving challenging problems. This award recognizes and acknowledges the support and dedication of the many professionals who have contributed to my growth and enthusiasm. I am grateful for the opportunity to continue learning and to connect with fellow mathematics educators across the nation.

Melissa Straughan has been an educator for 18 years, teaching third and fourth grade at Waverly Elementary School. Since 2014, she has worked half-time as a third-grade classroom teacher and half-time as a mathematics instructional coach. In 2014, Melissa began work as a Mathematics Studio Teacher with Teachers Development Group. She refines this work by striving to create a community of learners who embrace disequilibrium in developing the skills of mathematicians. In her role as a mathematics instructional coach, Melissa works with teachers to improve their practice. She has spearheaded inter-classroom learning walks, facilitated professional learning communities, led staff development, and created a status-free math club for fourth and fifth grade students. Melissa has served on her district’s mathematics leadership team where she developed common assessments, scoring rubrics, and pacing guides, and provided professional development. In 2014 Melissa participated in a statewide learning cooperative investigating assessment literacy and in 2015 spoke to the Oregon House of Representatives Education Committee in support of House Bill 2186, advocating for the merits of meaningful teacher evaluation. Melissa earned both a B.A. and M.S. in education from Western Oregon University. She is certified in early childhood and elementary, preschool through sixth grade.